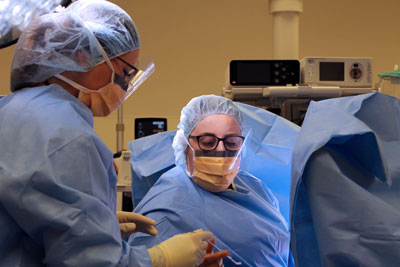 Dilation and curettage, often called D & C, is a same-day surgical procedure that removes tissue from a woman’s uterus (womb). The name refers to the dilation of the cervix, into which a thin instrument called a curette is inserted. A gynecologist uses the curette to clean out tissue from the uterus.

With the current rise in COVID-19 cases spread by the omicron variant, Brookings Health System encourages community members who have started experiencing mild COVID-19 symptoms or have been exposed to someone confirmed to have COVID-19 to use an at-home, self-test for diagnosis.