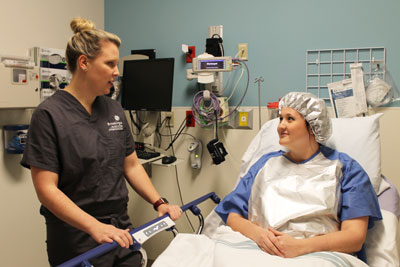 Ovarian cyst removal, also referred to as an ovarian cystectomy, is a laparoscopic same-day surgical procedure that removes cysts from either one or both of the ovaries.

An ovarian cyst is a sac or pouch filled with fluid or other tissue that forms in or on the ovary. Many women will have an ovarian cyst at some point in their lives. They can occur during childbearing years or after menopause. In most cases, an ovarian cyst is benign and will disappear on its own within a few months.

Ovarian cysts should be removed if they are large and persistent, solid rather than just containing fluid, cause pain, or potentially cancerous.

'I Didn’t Want to be in Daily Pain'