Brookings Health System and it's entities are often recognized for delivering high-quality care to our local community. The Neighborhoods at Brookview nursing home's reputation is built upon the 5-star quality rating, signaling its outstanding care to residents. Brookings Hospital embraces innovation, implementing both robotic da Vinci surgery and Mako robotic-arm assisted surgical procedures as well as holding the Baby-Friendly designation for implementing the policies and procedures to support mothers and babies with breastfeeding. 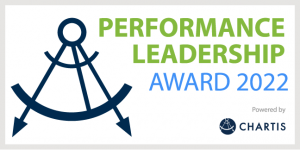 In November 2022, Brookings Health System was recognized with a Performance Leadership Award, sweeping all three categories: quality, outcomes and patient perspective. The rankings for the Performance Leadership Awards are determined each year using the Chartis Rural Hospital Performance INDEX®, the industry’s most comprehensive and objective assessment of rural hospital performance. Brookings Health System also received the award in 2017, 2018, 2019, 2020 and 2021.

One of Newsweek's World's Best Hospitals

March 2022, Brookings Health System was named to Newsweek's list of World Best Hospitals for the second consecutive year. Brookings Health ranked 254 of the Best Hospitals 2022 in the United States, up over 50 spots from the previous year's ranking. Rankings are developed by Newsweek and Statista Inc. using hospital recommendations from peers; patient experience; and medical key performance indicators like patient safety, hygiene measures, and quality of treatment.

October 2015, Brookings Health System became the first non-Indian Health Services hospital in South Dakota to receive the Baby-Friendly® Hospital designation and the only one in a 180 mile radius, demonstrating the organization’s commitment to helping mothers successfully breastfeed their infants. Brookings Health was re-designated as a Baby-Friendly Hospital in July 2020.

The Baby-Friendly Hospital Initiative (BFHI) is a World Health Organization (WHO) and United Nations Children’s Fund (UNICEF) program that encourages and recognizes hospitals that promote and support breastfeeding. This includes hospital policies, practices, and staff, physician, and community education.

To achieve Baby-Friendly designation, Brookings Health System implemented policies following the Ten Steps to Successful Breastfeeding for Hospitals and Birth Centers as outlined by UNICEF and WHO.

In 2018, Brookings Health System was named to the “100 Great Community Hospitals” list by Becker’s Hospital Review. Becker's editorial team selected hospitals from across the country for inclusion on its "100 Great Community Hospitals" list based on analysis of key awards, rankings and certifications in addition to the hospital's reputation for leadership and innovation. Brookings Health System also received the honor in 2016 and 2017.

One of America's Best Hospitals for Emergency Care

Selection for the honor was based on the seven core measures of emergency care as rated by the Centers for Medicare and Medicaid Services (CMS), including how quickly patients are seen by a care provider and how much time they spend in the emergency deparment.

June 2016, Brookings Health received the Above and Beyond Award from the Employer Support of the Guard and Reserve (ESGR), part of the Department of Defense. The Above and Beyond Award is presented by ESGR state committees to recognize employers at the local level who have surpassed the legal requirements of the Uniformed Services Employment and Reemployment Rights Act (USERRA) by providing their guard and reserve employees additional, non-mandated benefits. The award is given in limited numbers by state committees to employers who have signed or agree to sign a statement of support and who have at least one of their supervisors or managers recognized with a Patriot Award.

One of America's 100 Best Hospitals for Patient Experience

The Women’s Choice Award is based on a variety of survey results analyzing important criteria such as communication with doctors and room cleanliness. The award recognizes the important factors that play a role in a woman’s choice of hospital including communication with nurses and noise level in the rooms.

National Research selected Path to Excellence award recipients based on how successfully the recipients deliver quality care according to what patients identified as most important to them. The award is only bestowed upon those organizations that are ranked by patients as being a top performer. Brookings Health System was selected as a Patient-Centered Care Champion in the Information and Education Dimension of adult inpatient hospitals.

March 2015, Brookings Health System was named as one of the nation’s HEALTHSTRONG Hospitals by iVantage Health Analytics.

The study and announcement of the 2015 HEALTHSTRONG Hospitals, including Brookings Health System, highlights top performing hospitals as determined through the Hospital Strength INDEX™. The annual INDEX study is the industry’s most comprehensive rating system of hospitals. The results recognize the top performing hospitals, measuring them across 62 different performance metrics, including quality, outcomes, patient perspective, affordability and efficiency.

June 2013, Brookings Health System and The Neighborhoods at Brookview coordinator Heidi Henderschiedt received the Patriotic Employer award from the Employer Support of the Guard and Reserve (ESGR), part of the Department of Defense. Certified Nursing Assistant Sandra Sprecher nominated Henderschiedt and Brookings Health for when she was deployed in 2011 to Afghanistan with the 200th Engineer Company of the South Dakota National Guard.

February 2012, Brookings Health System and Imaging Department Manager Tim Watson received the Patriotic Employer award in recognition of Watson’s and Brookings Health System’s continuing support of employees who serve in the National Guard and National Reserve, specifically granting leave on a short notice to Radiologic Technologist Ryan Sattler who was deployed with the 153rd HHC Engineer Battalion to assist in the 2011 Missouri River Flood. 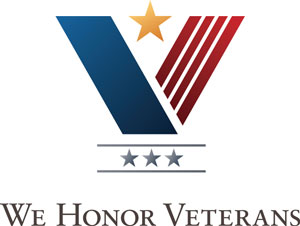 Brookings Health System’s Wound Center asks the community to participate in the “Every Sole Deserves a Sock” drive this February. All new pairs of socks donated during the drive will be given to The Salvation Army of Brookings to help struggling individuals and families in Brookings County.